Being celiac can bring on more than just digestive issues, and for those that have skin issues like Dermatitis Herpetiformis, there is hope!

What is Dermatitis Herpetiformis?

Dermatitis Herpetiformis, also known as DH, is a condition commonly associated with celiac disease and gluten sensitivities. This rash is very persistent and can come and go in flareups. The rash commonly occurs on the elbows, knees, neck, back, shoulders, scalp, and sometimes face. The skin can become inflamed, red, and itchy before the rash starts to get worse. Often the rash is misdiagnosed as acne or eczema, as the rash can develop similar traits. Dermatitis Herpetiformis, DH affects on average 10%-15% percent of people who have celiac disease.

How is Dermatitis Herpetiformis Diagnosed?

This test and blood tests can confirm the presence of antibodies of people with celiac. This includes the anti-endomysial and anti-tissue transglutaminase antibodies that can help diagnose celiac disease individuals without the need for the intestinal biopsy that is often performed. This is also because many people who have both celiac and DH often do not have the same internal reactions as someone with celiac, which does not have Dermatitis Herpetiformis.

When this was done, I honestly thought it would hurt really bad, but in all honesty, it didn't, and the tiny stitch didn't leave much of a mark.

How is Dermatitis Herpetiformis Normally Treated?

Because of the link between DH and celiac, the main treatment for it is sticking to a gluten-free diet. For most people, this helps to reduce the reaction of the Dermatitis Herpetiformis dramatically. For others, more intervention is needed. Oftentimes, the antibiotic Dapsone is prescribed. This is a powerful medication that, with prolonged use, can have its own set of complications, including liver conditions.

Because of the side effects, this course of treatment is not something that I personally was interested in in the long term. I knew there had to be a better way.

How did I Control My Dermatitis Herpetiformis Naturally?

Dermatitis Herpetiformis is something that really started to flare up right before I was diagnosed with celiac. For YEARS I would find something that worked for a while, and then one thing or another, it would flare back up. I was already on a strict gluten-free diet. In fact, I limited my dairy intake and refined sugar intake, all in hopes of determining the trigger for my DH. I also became an expert at covering up my DH (which, of course, also worsened over time).

What I started to notice were two things. One my DH flared up more in colder weather or when my skin became irritated or overly dry. Secondly, I saw that making sure that everything I put on my skin was not only gluten-free but grain-free really did matter. Since I learned I react to gluten-free grains like rice and corn in my intestines, I started to eliminate those things from going on my skin as well. Figuring out these things became a game-changer.

Diet became a massive thing for me. When I figured out that I was reacting to gluten-free grains, I had to take them all out of my diet. This not only eliminated a lot of my unexplained digestive issues but also helped with my Dermatitis Herpetiformis, some as well. I knew I was on the right track, but I had to do more.

So what did I do? It all started with research into different things that I was using to maintain my skin and what they had in them. Figuring out ingredients in items led me to a few products that I decided to try instead of what I had been using.

I was told that the Kate Somerville collection was a good choice (by a dermatologist) because it balanced the line between everyday products and medicine that could help combat the issues that my Dermatitis Herpetiformis was causing. It was not until I looked at the ingredients and found things in the products that upset my intestines; therefore, they must also be reacting with my skin making the DH worse instead of getting better.

So what lead me to using what did work?

In looking at ingredients, I started to eliminate ingredients that flared any issues or could potentially cause an issue with my stomach. This included all ingredients with a wheat base or ingredient. While many people will say that celiacs don't need to have their beauty products be gluten-free, this wasn't the case for myself and controlling my DH.

What do I do on a daily dasis to Control my DH?

I use a few main things every day that my face personally likes to help control my DH. I still have flare-ups from time to time, but not nearly as often as I did before. Now that I have it under control, this is what I've been doing with my skincare routine.

I will note here that I have in the past used Beautycounter products to help with my DH. However, many of their formulas and business practices have changed over the last year or so, and this is no longer a company I support.

Since then, I have had quite a bit of luck controlling my skin with many of the Juice Beauty products. Their entire line is completely gluten-free, which means that I don't have to pick and choose which things to try.

The Changes in My Skin!

I wish I had taken more from before, but let's be honest. I was more concerned with hiding it more often than not, and so in most photos, I always had a ton of makeup on (which, of course, was not helping with the DH with their ingredients either). Let's say my skin looked more like a preteen boy, always broken out and bumpy with scaling dry spots that would like to bleed at the most inopportune time. In my thirties with preteen girls who notice everything, I knew there had to be something I could do. Here is a picture of my skin when it was starting to heal finally.

Most days now, I wash my face, use the light moisturizer in the morning, and then apply a little light powder to help with the redness that remains and whatever makeup I am wearing that day. I no longer go through many heavier foundations or cover creams, trying to hide my entire face because of the DH. Let me say that alone has been my sanity saver.

Of course, I don't think I cured my Dermatitis Herpetiformis because, just like with celiac, there really is no cure. Only in the way I have been able to control my celiac symptoms, I just found a way to control my Dermatitis Herpetiformis severely. Between changing my diet to eliminate the additional irritants and finding products that do the same while working to calm my skin, it has really helped. It's been a few months now that I have been using this full routine (tweaking it here and there), and my skin is so much different than it used to be. So I will continue to use this routine, and I hope to keep seeing additional skin improvements overall.

If you want to know more about my journey with Dermatitis Herpetiformis, please feel free to ask me anything. I used this on my face, but I know a few people who have used this routine in similar DH (and eczema) on other parts of their body and have also seen a dramatic difference. I know it's something a lot of us suffer from, and I hope that my journey can help you as well!

Check these out next!

We have an unexpected weather day here due to icy

If you want an easy but fancy-ish dinner for this

With all the delicious soups going around this tim

It's a SNOW day around here, and my kids are so ha

Need to add a little red luck this weekend for the

I don't know who needs to hear this, but this glut

This gluten-free beef stew is the perfect bowl of

It's the weekend, and this gluten-free vanilla cak 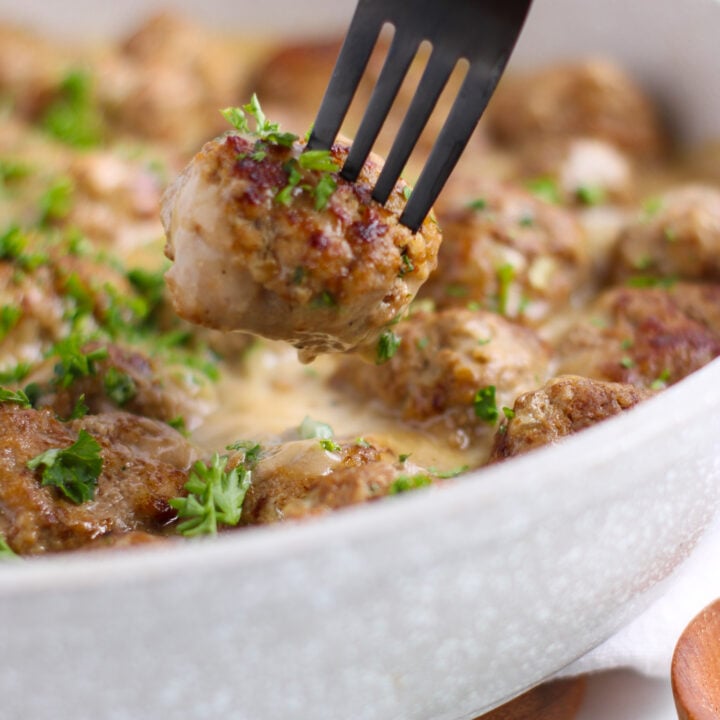 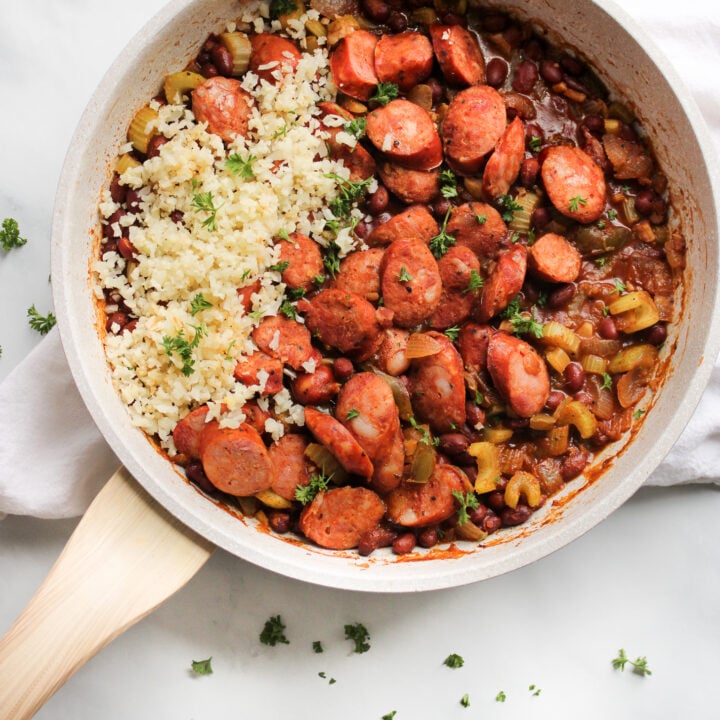